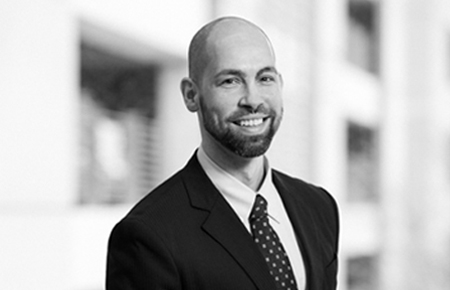 Robert Manz specializes in the application of financial forensic analysis to complex business disputes and investigations.  With over 23 years in professional services, Mr. Manz is experienced at analysis of economic damages, business valuation, and merger/acquisition disputes, as well as on-site investigation of alleged financial irregularities, and evaluation of conduct of auditors, chief financial officers, and others under relevant standards and principles.

Mr. Manz has opined on financial matters in disputes with amounts in controversy ranging from millions to billions of dollars.  He has evaluated lost profits, lost business value, unjust enrichment, reasonable royalty, and other measures of economic damages involving such claims as breach of contract, breach of fiduciary duty, tortious interference, fraud, trade secret misappropriation, patent infringement, securities law violations, business interruption, and wrongful termination.  In matters brought by the U.S. Securities and Exchange Commission and others, Mr. Manz has evaluated allegations regarding such issues as revenue recognition, inventory and receivables valuation, liability accruals, adequacy of internal controls, and alleged round-tripping and options backdating.  Mr. Manz has testified dozens of times, in venues in Texas, California, Colorado, Illinois, Virginia, and New York, at state and federal jury and bench trials and in arbitration.

In domestic and international arbitrations, Mr. Manz has analyzed valuation-based quantum of economic damages, traced hundreds of millions of dollars through numerous entities over years, and evaluated and explained proper application of financial concepts expressed in contracts.  In post-acquisition disputes regarding earn-outs, working capital, and other purchase price adjustments, Mr. Manz has prepared and presented analyses of complex issues to opposing parties and neutrals.  Mr. Manz has also served as a shadow arbitrator.

Mr. Manz has performed financial forensic investigations both domestically and internationally, including in Mexico, Argentina, Nicaragua, Brazil, and Greece.  He has investigated allegations of irregularities including improper revenue recognition, misappropriation of assets, and kickbacks.  He has conducted and overseen reviews of compliance with the Foreign Corrupt Practices Act.  He has also planned and directed covert collection of physical and electronic evidence.

Mr. Manz attended the University of Texas as a National Merit Scholar and graduated with a Bachelor of Business Administration in Accounting and a Bachelor of Arts in the Plan II Honors program.  Before joining BVA, Mr. Manz was with AlixPartners and PricewaterhouseCoopers.  Mr. Manz has taught professional development courses on forensic accounting and business valuation and has served as a reviewer and editor of materials published by the American Institute of Certified Public Accountants.  Mr. Manz is a member of the Institute for Transnational Arbitration.  He has working proficiency in Spanish and French and elementary proficiency in Mandarin Chinese, and he holds the following professional certifications/licenses: